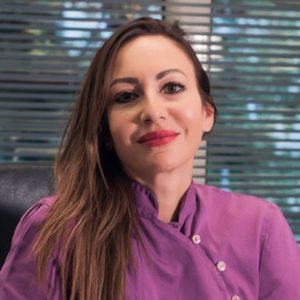 For centuries, people have been discarding body fluids and tissues that scientists are now examining as possible sources of stem cells for medical applications.

And already, companies are selling parents pricey storage services, based on the bet that such cells will be useful in the future.

In laboratories across Boston, scientists are investigating the power of stem cells found in teeth.

Researchers at the Boston University School of Dental Medicine are using such cells to generate dental pulp that could one day provide an alternative for root canals.

At Tufts University School of Dental Medicine, scientists are working on growing teeth and investigating how zebra fish are able to regrow teeth.

Such work is still far from the dentist’s chair, but businesses have begun storing dental stem cells. At least two Massachusetts companies bank dental stem cells harvested from baby or wisdom teeth: Store-A-Tooth, a service of Provia Laboratories in Lexington, and the National Dental Pulp Laboratory, a subsidiary of New England Cryogenic in Newton.

“It’s kind of like any other kind of discarded tissue . . . now being carefully considered as to whether it might have some sort of medicinal benefit to an individual,’’ said Pamela Yelick, a Tufts dental professor who is using tissue engineering to grow teeth.
“I think that people just need to be aware that it’s unclear; it’s not a definite situation where they can know that they will be useful if you eventually need them.’’

What companies are banking on is that the field will follow the example of umbilical cord blood, which yields stem cells used in medical procedures and is banked by private companies and by public banks.

Public banking has been encouraged by the National Marrow Donor Program and the American Academy of Pediatrics.

“We’re not exactly sure where this is going to go, but teeth are coming out now,’’ said Howard Greenman, chief executive of Store-A-Tooth, which charges $649 for processing a tooth and a $120 a year storage fee. “Parents make this decision because they believe in the promise of stem cells.’’

In contrast to embryonic stem cells, which have the ability to turn into any cell in the human body, those in teeth are a type of adult stem cell with the ability to give rise to a more limited variety of other cell types. Much of the research focuses on their potential for regenerative dentistry.

Dr. George Huang, chairman of endodontics at BU, uses dental stem cells to grow the kinds of cells that make up a tooth.

In 2009, Huang and colleagues seeded stem cells onto scaffolds that were inserted into fragments of a tooth root — a root canal space. When that was implanted in mice, they found that pulp-like tissue grew in the root canal area. Dentin, the whitish tissue in teeth, also grew.

While much of his work is in animals, he foresees the field eventually changing the way root canals or dental implants are done, and he believes advances could make their way into the clinic in the next 10 to 15 years.

Yelick, a professor of oral and maxillofacial pathology at Tufts, said that teeth turn out to be an interesting model for studying broad questions about development and regeneration. Her lab focuses on tissue engineering that could have applications in regenerative dentistry and in repairing head and face problems, such as cleft palate. In 2002, her lab began experiments to grow teeth, and she is continuing that research using stem cells to grow human teeth of different sizes and shapes.

Companies that offer dental stem cell banking say they are careful to caution clients that there is no way to use cells now and no guarantees about the direction and pace of scientific progress.

The National Dental Pulp Laboratory charges a $570 initial fee that covers processing up to four teeth at one time. The annual storage fee is $125, with a 20-year prepaid option costing $1,920. The cost and uncertainty about whether the cells will ever be useful raises concerns.

It’s possible that some day the cells will be useful, but “that’s true about everything,’’ said George Annas, a bioethicist at BU’s School of Public Health. “You’re selling regret — you have a chance, you have an opportunity to do it, and you may regret it later on if you don’t do it.’’

“What these companies out there are actually doing is just storing potential stem cells for you,’’ he said. “They have no ability to do anything with the stem cells other than to store it for you until such time as research reaches the point of being able to use these stem cells.’’

“We recognize that this is an emerging field and that it seems to hold a lot of promise, and as the technology continues to advance, we’ll be keeping our eye on it.’’

Oral health and general health of the body- Take care of your mouth !!

Any cookies that may not be particularly necessary for the website to function and is used specifically to collect user personal data via analytics, ads, other embedded contents are termed as non-necessary cookies. It is mandatory to procure user consent prior to running these cookies on your website.